Coast West Coast Eagles star Nic Naitanui’s deep Christian faith has led to a “chapel service” each game day where a group of players pray before going out on the field.

The accomplished Ruckman told a recent Sunday service at Perth’s St George’s Anglican Cathedral he believed his talent was a gift from God and he prayed every day and night.

Naitanui was inspired during a trip to the US by watching basketballers praying before an NBA game and asked the Eagles to schedule time this season for pre-match prayers led by team chaplain Paul Morrison. 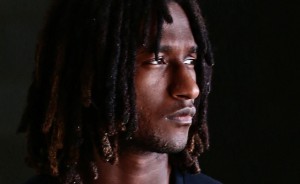 “We sat down with Morro and our new coach and a few people from upstairs and now we’ve got a chapel service before the game,” he said. “So, what used to be hidden away in a little corner, Morro and myself before every game, is now I guess five or six players, who sit down before the game’s played and go over a scripture and then say a little prayer before we go out.”

When Naitanui spoke on a Sunday to about 400 people at a multidenominational service celebrating faith in sport, he said he admired Gold Coast captain and Brownlow winner Gary Ablett, who last year posted a photo of himself in a pre-match prayer with team members on social media and thanked God in an award acceptance speech. “He thanked God and, for me, that was big because not many guys would do that,” Naitanui said. “I don’t know if they’re ashamed or scared or don’t think it’s the right place or time, but to go out and thank God on such a big stage is a wonderful thing.”